I came across the Kapok trees in Kenya. I was amazed by the spike like thorns of the trunk. I had a similar encounter last summer in the Turia garden of Valencia (Spain) where the beautiful flowers from Ceiba Speciosa or the silk floss trees lay scattered on the ground.
Upon researching, I realised I often use the silk cotton as a filling for cushions.

“The silk floss tree (Ceiba speciosa, formerly Chorisia speciosa), is a species of deciduous tree native to the tropical and subtropical forests of South America. It has several local common names, such as palo borracho (in Spanish literally "drunken stick"), samu'ũ (in Guarani) or paineira (in Brazilian Portuguese). In Bolivia, it is called toborochi, meaning "tree of refuge" or "sheltering tree". It belongs to the same family as the baobab and the kapok. Another tree of the same genus, Ceiba chodatii, is often referred to by the same common names. The kapok seed is pressed for oil. As a bush tea, the bark is an aphrodisiac and diuretic. It is added to the hallucinogenic drink Ayahuasca by some Amazonian tribes.
The ceiba or kapok tree represents a turning point in the trajectory of our life. This can feel chaotic because our world may seem to be spinning out of control. In fact, this is an opportunity to reset and make positive changes.
There are 18 species of ceiba trees. The Kapok, Ceiba pentandra, is the best known and most widely cultivated ceiba. It can grow to 230 feet tall with a straight, almost branchless trunk that culminates in a sprawling canopy. The trunk of a young ceiba tree is covered in thick conical thorns that grow in clusters. These thorns create a natural defense during the early, more vulnerable stages of the trees life, which lasts approximately seven years.”

Read this article about The Sacred Ceiba at the Centre of the Earth. 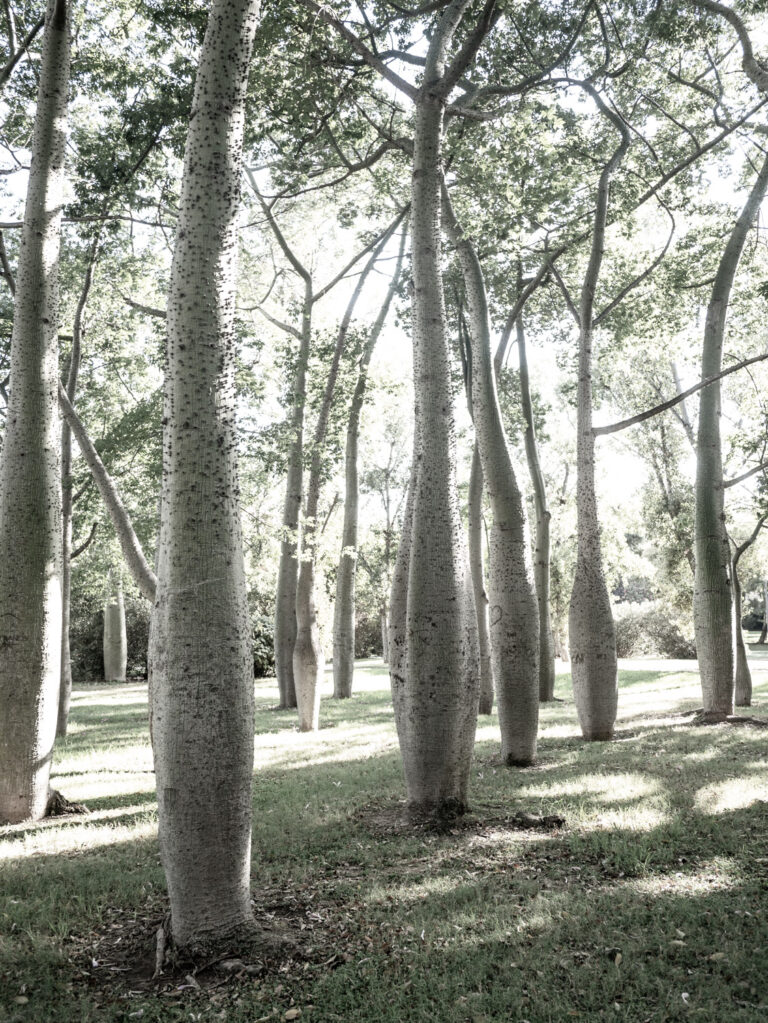 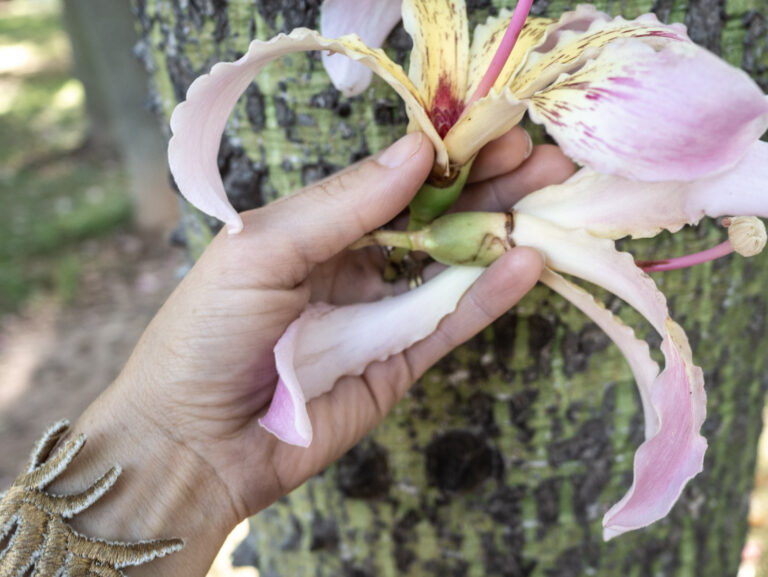 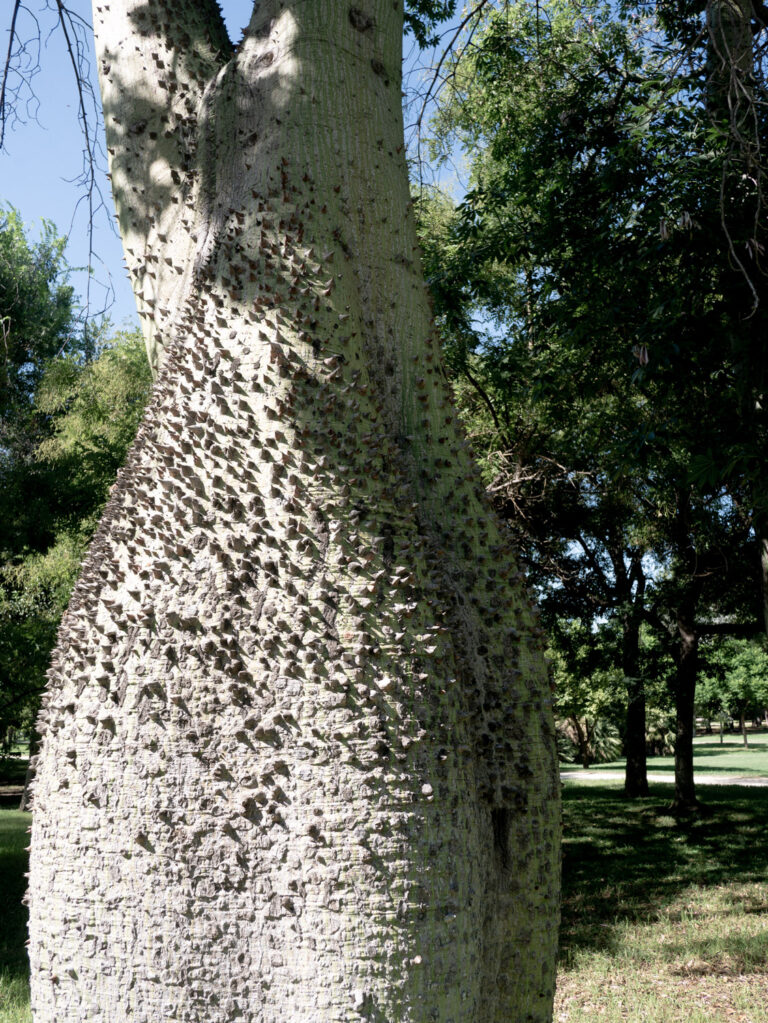 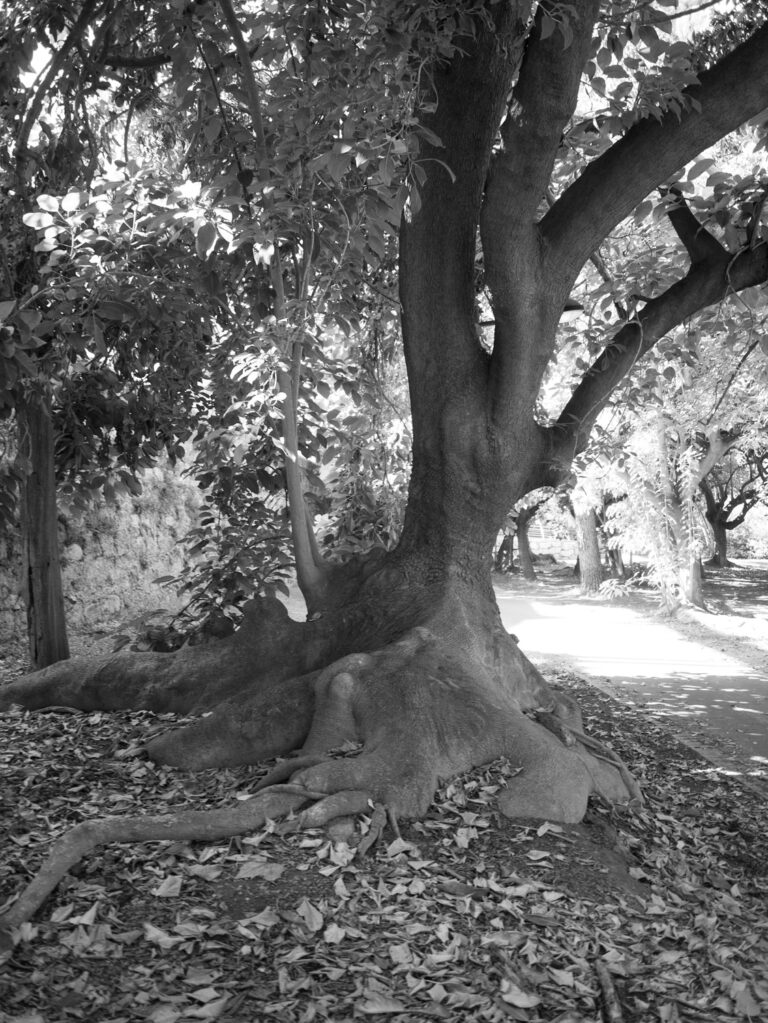