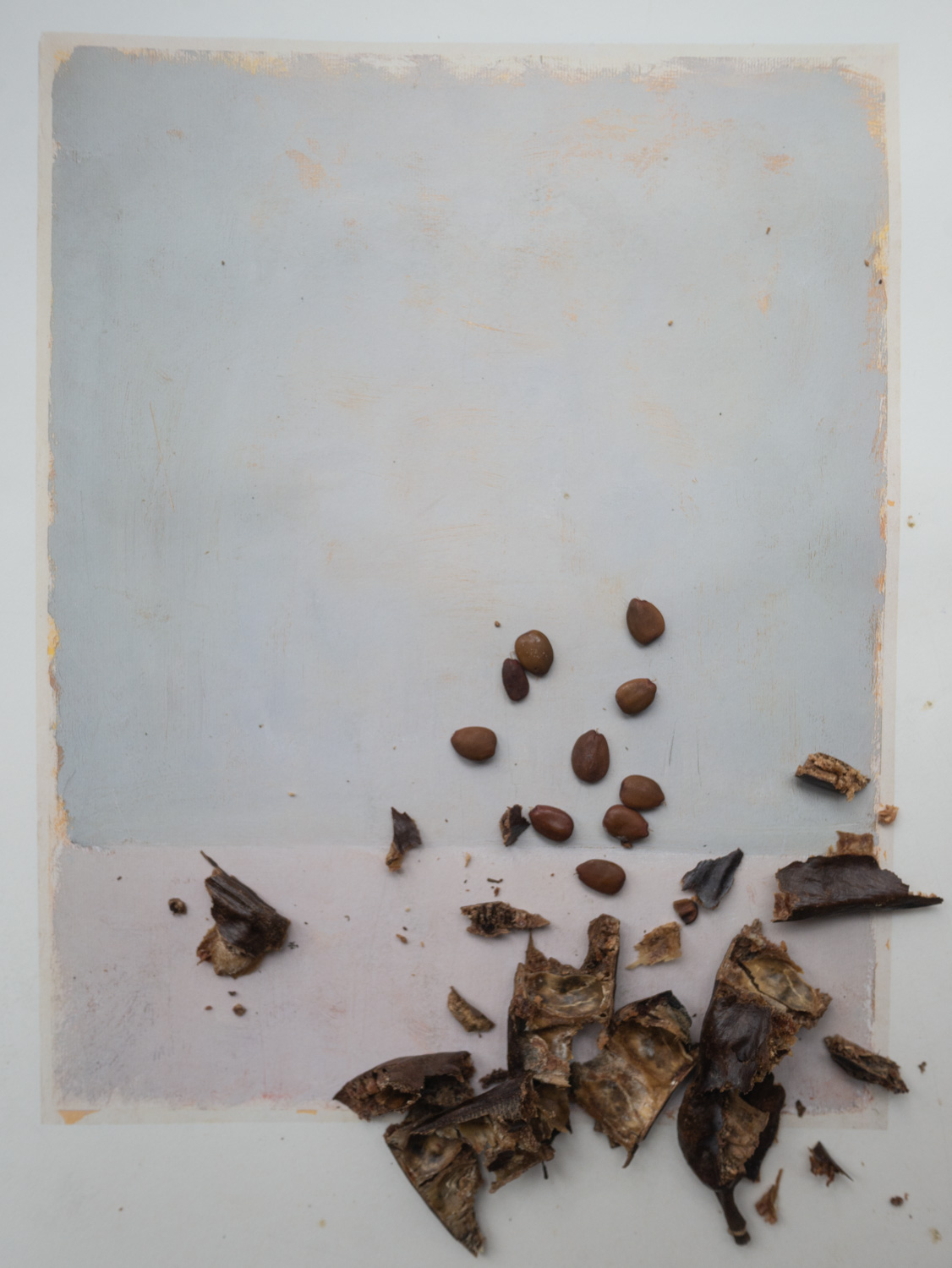 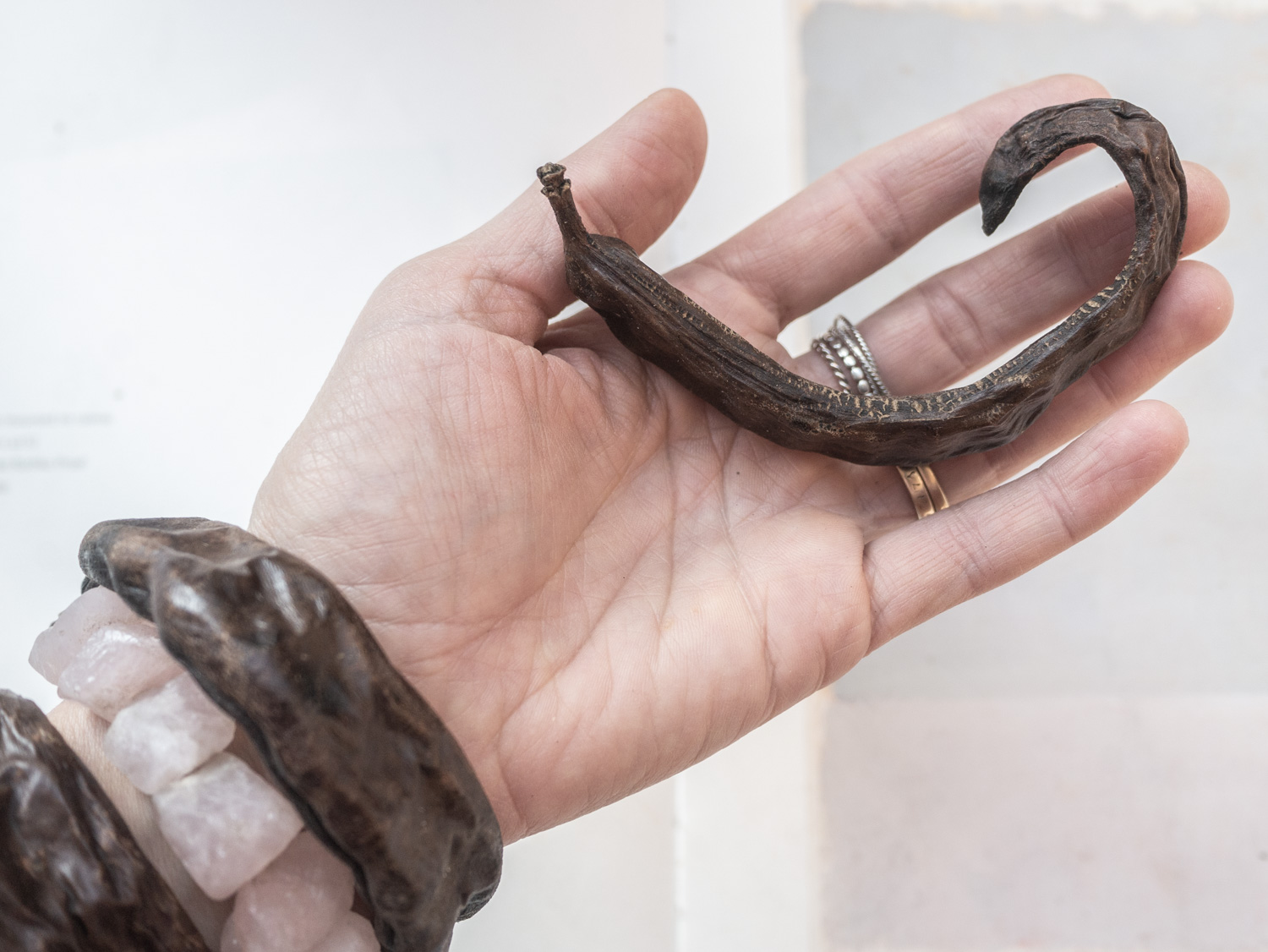 The carob (Ceratonia siliqua) is a flowering evergreen tree or shrub in the legume family, Fabaceae. It is widely cultivated for its edible pods, and as an ornamental tree in gardens and landscapes. The carob tree is native to the Mediterranean region and the Middle East. In the ancient Middle East, the seeds of the kharrūb (Carob or locust bean pod) were used to measure the weight and worth of precious metals and stones. The pod's odor is sweet, date-like note with cocoa powder facets.
Carob pods must be harvested before the winter rainy season. Canvas sheets are spread on the ground around the trees to collect the fallen pods.
The pods and pulp of carob are edible, naturally sweet, and highly nutritious. Carob often replaces chocolate in recipes.

American imports of carob beans are mostly for flavoring tobacco.
The carob tree wood is used for cabinet work and is the source of Algarobbin, a natural dye used for dyeing textile fabrics, to which it imparts a light brown color.
The oven drying powder can be added to cakes, bread, sweets, ice creams or drinks as flavouring agent.
Carob gum finds use in sizing cotton and other yarns; finishing, printing and back filling of fabrics; as a retarder in tanning; as an agent for facilitating hydration during the beating of pulps and improving the wet strength of paper in the paper industry. It is also used as a thickener for color pastes in calico printing.
The pods can be used as medicine in the treatment of cough and a concentrated extract of carob pods is suggested as a sweetening agent for pharmaceutical preparations.

Carob is believed to have been in cultivation for at least 5000 years. Ancient Egyptians used the gummy properties of carob seed as an adhesive in binding mummies, and the pods and seeds have been found in Egyptian tombs. The Romans are said to have eaten the pods green for their natural sweetness. 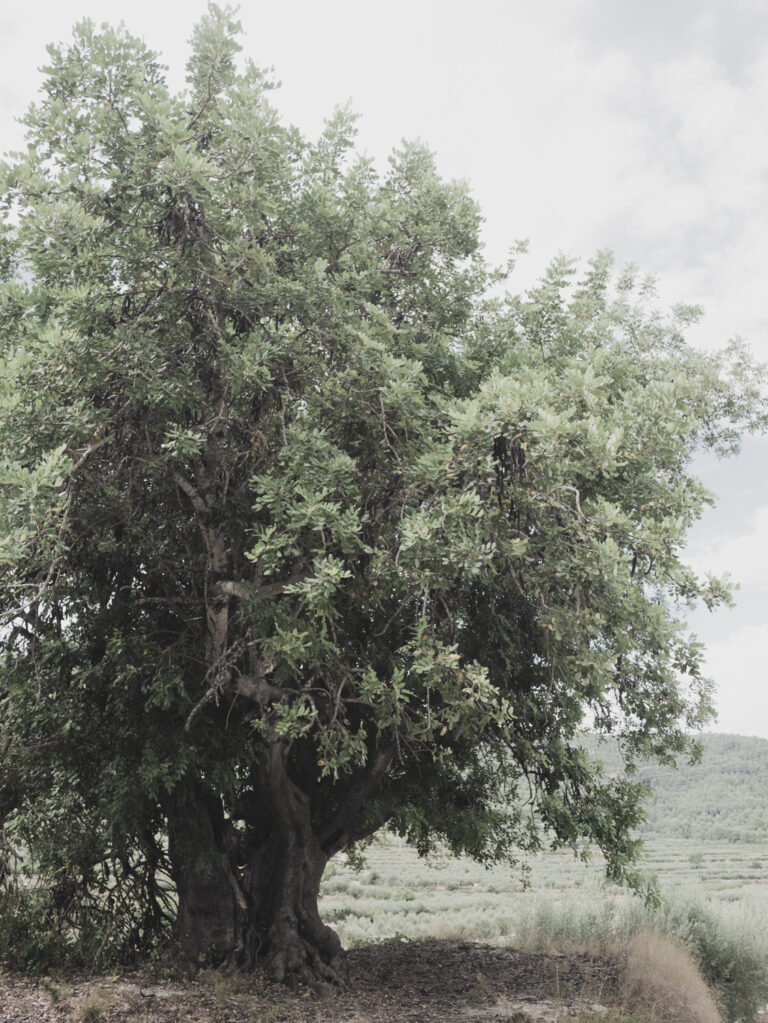 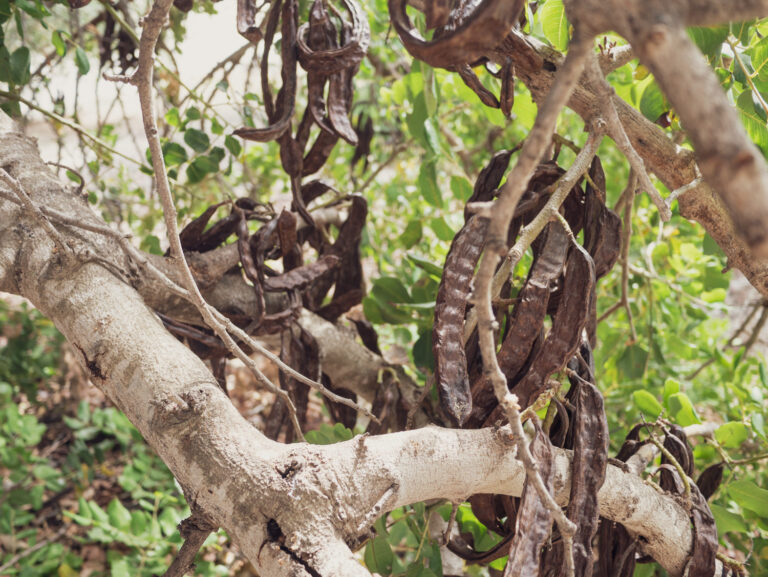 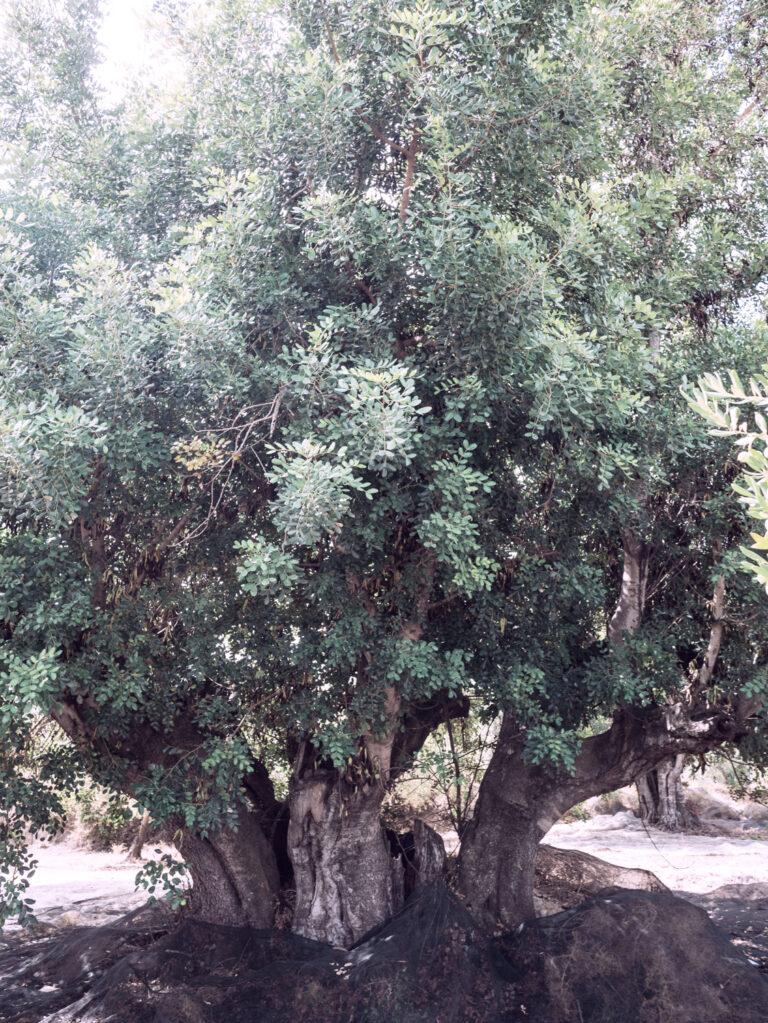 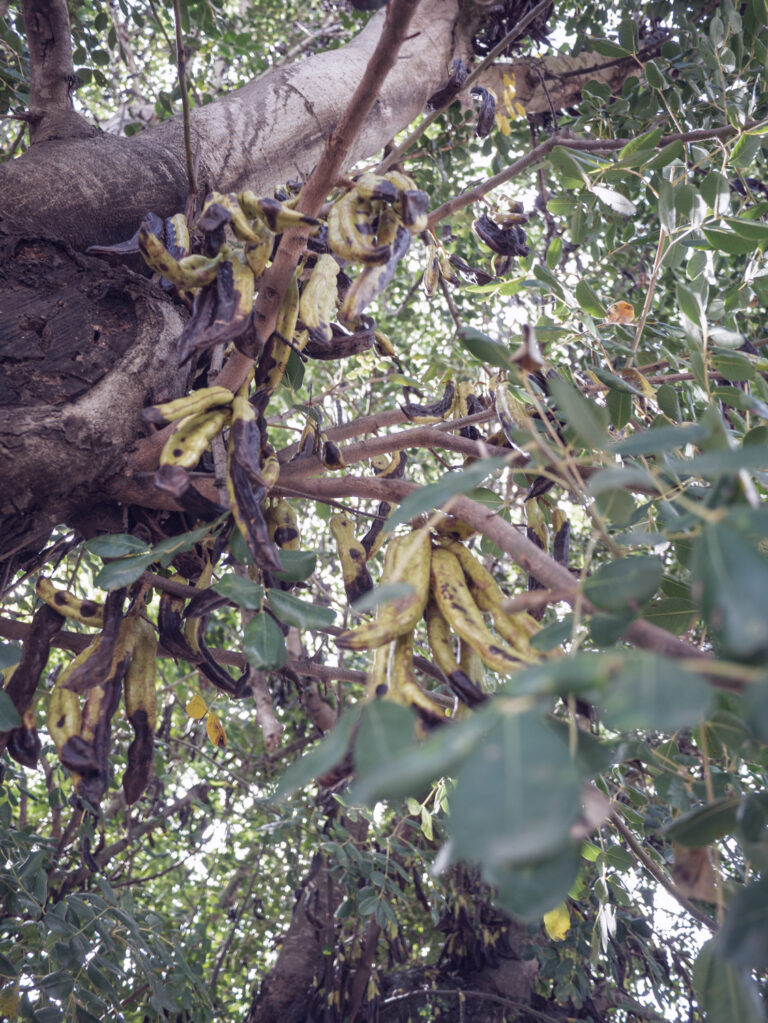 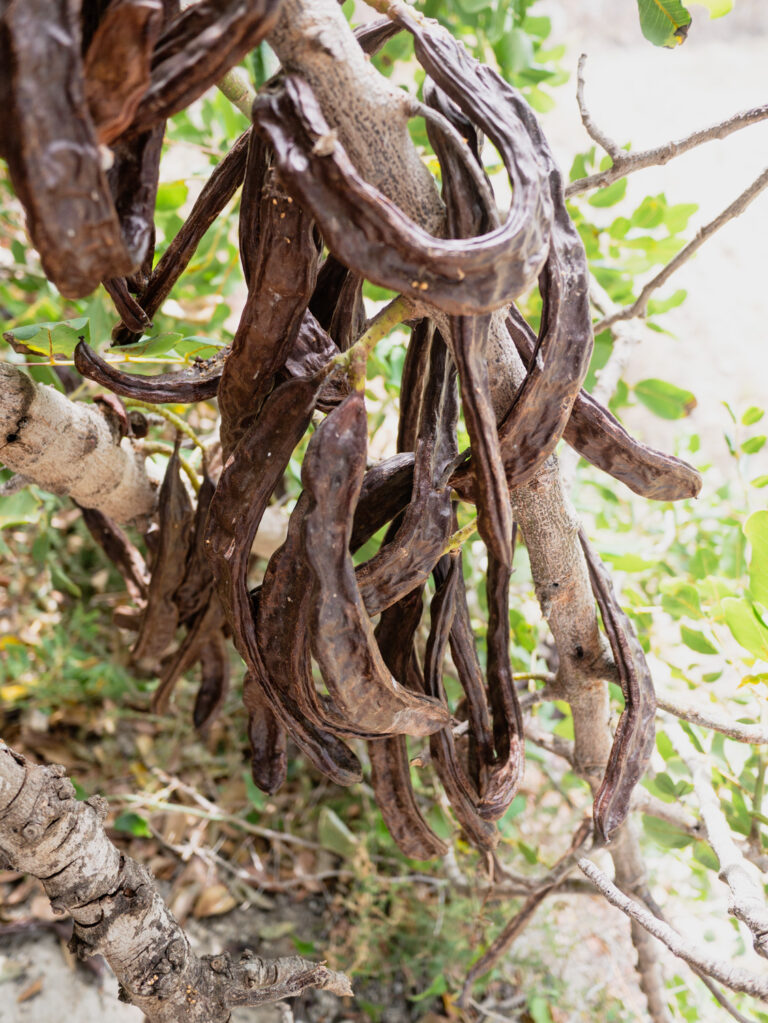 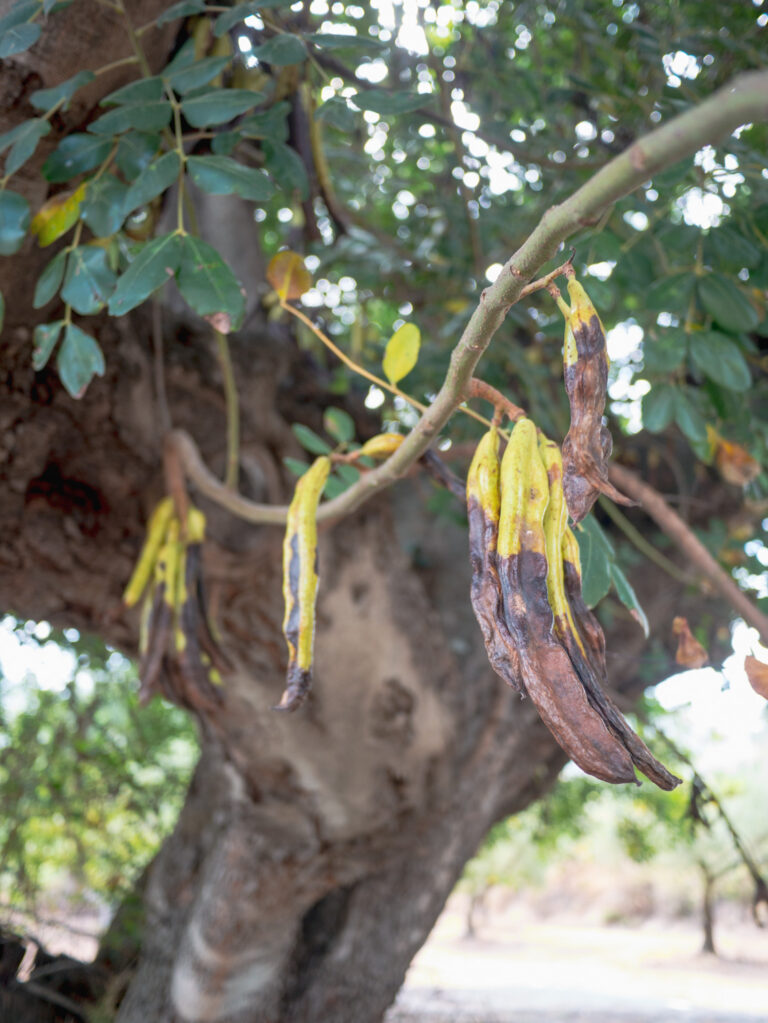 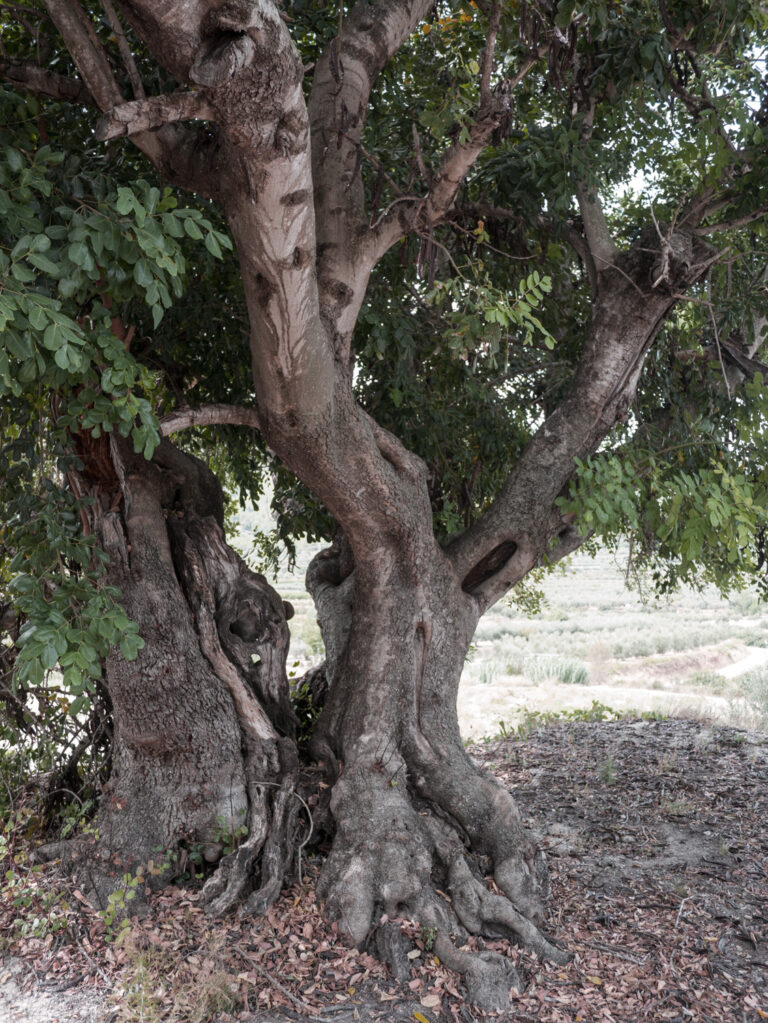