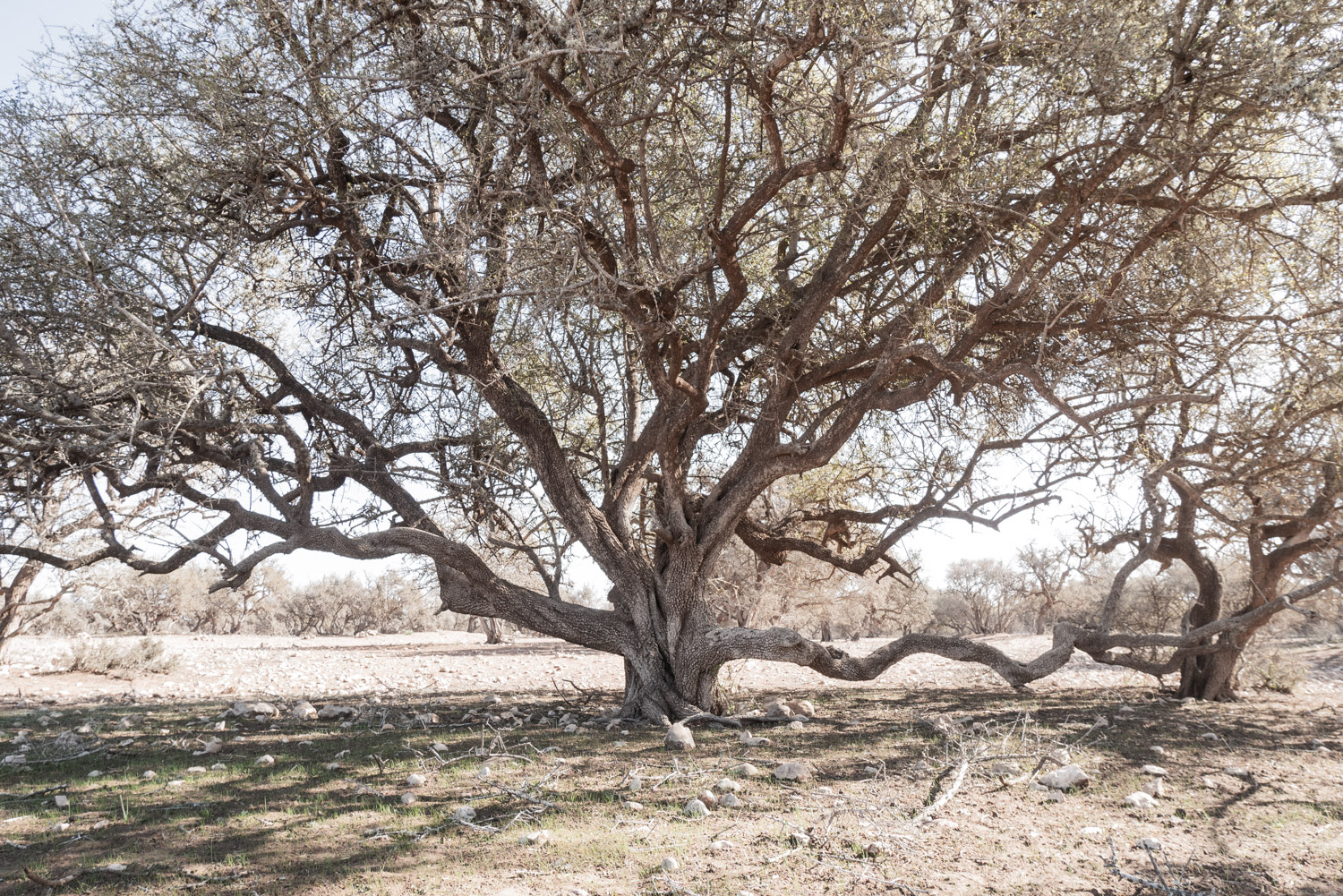 It is little known outside Morocco, and many Moroccans themselves have never heard of it because it grows only in the south-west of the country – roughly between Essaouira and Agadir, in an area covering 700,000-800,000 hectares. But within the area where the argan grows there are about 21 million trees which play a vital role in the food chain and the environment, though their numbers are declining.

The tree, which is thorny and can reach heights of 8-10 metres, probably originated in Argana, a village north-east of Agadir (off Route 40). It lives longer than the olive and requires no cultivation.

The trunk of the argan is often twisted and gnarled, allowing goats to clamber along its branches and feed on the leaves and fruit.

The fruit has a green, fleshy exterior like an olive, but larger and rounder. Inside, there is a nut with an extremely hard shell, which in turn contains one, two or three almond-shaped kernels.

Argan husks are reportedly 16 times tougher than a hazelnut shell. Stories, dating back to the 13th century, explain that goats would eat the argan fruits, locals later collecting their droppings to retrieve the argan nuts, which had been conveniently softened by he animals’ stomach juices. This method saved on labour by making the kernels easier to salvage, but the resulting oil had a distinct stink to it.

Today, argan oil production skips the goats’ intestines. The work is done with the hands of tireless women. Argan nuts must be cracked manually — attempts to mechanise the method have failed to keep the delicate kernels in tact. It takes 30kg ­of argan nuts, roughly the annual yield of one tree, and between 15 and 20 hours of hand processing to make 2 litres of cooking oil or 1 litre of cosmetic oil. 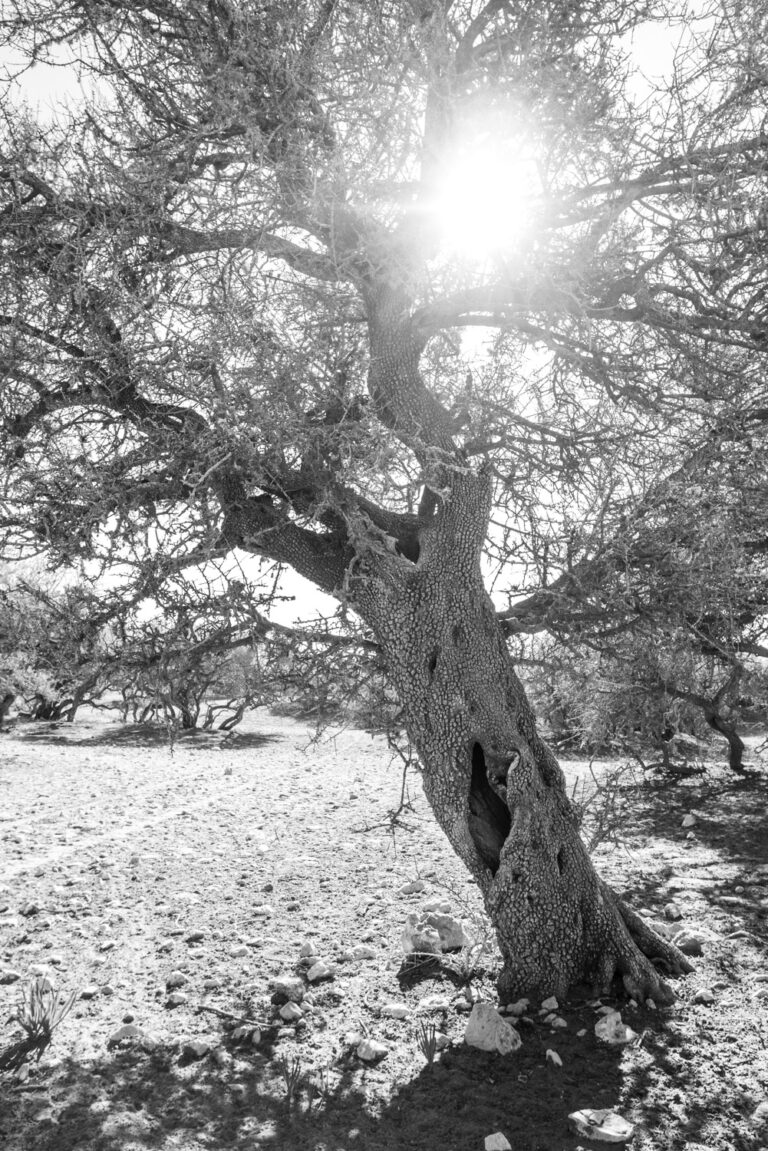 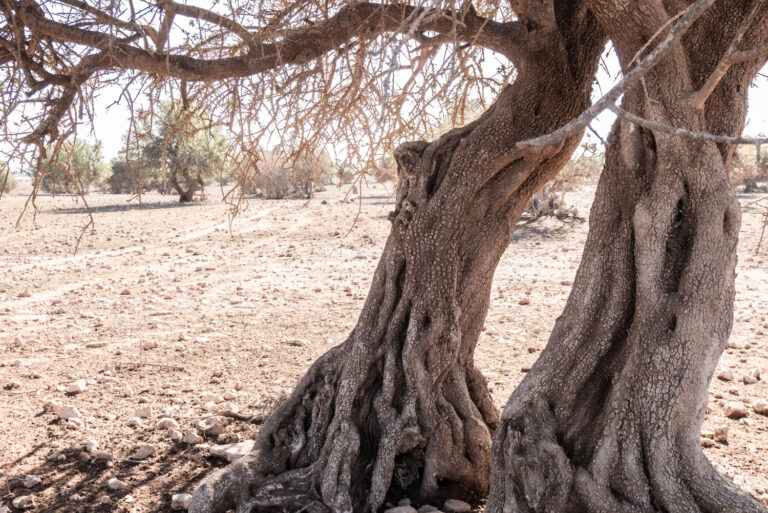 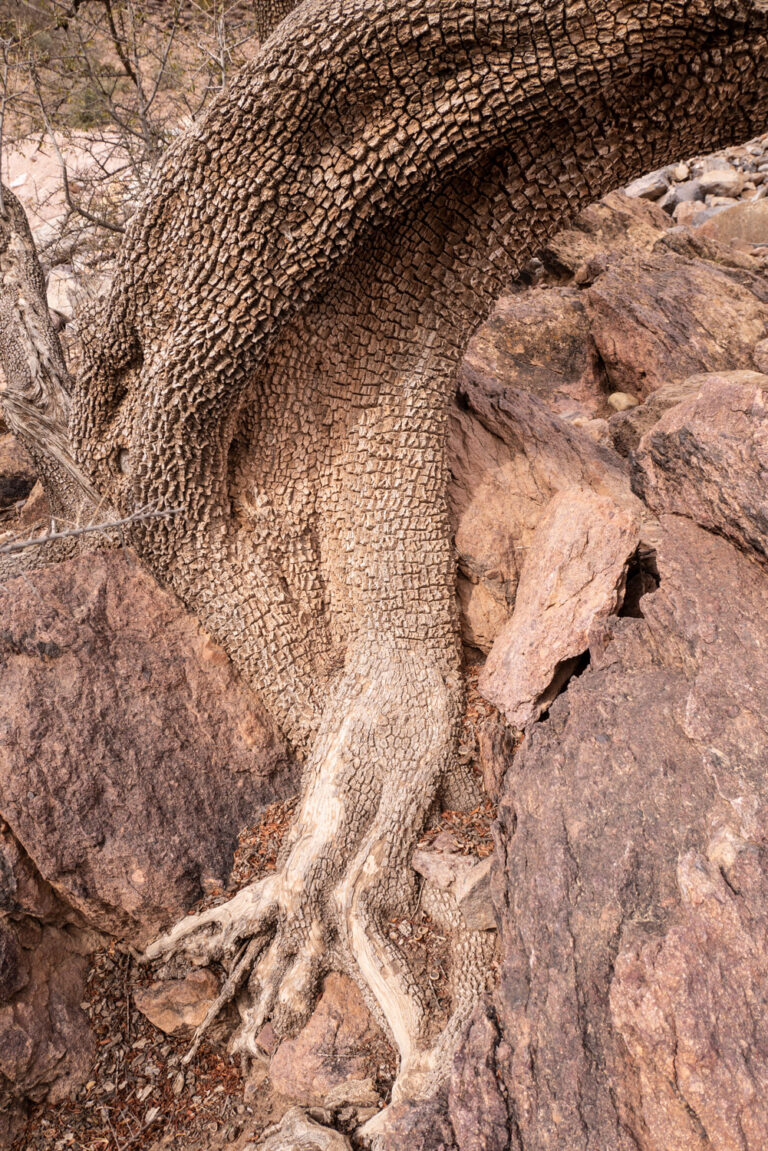 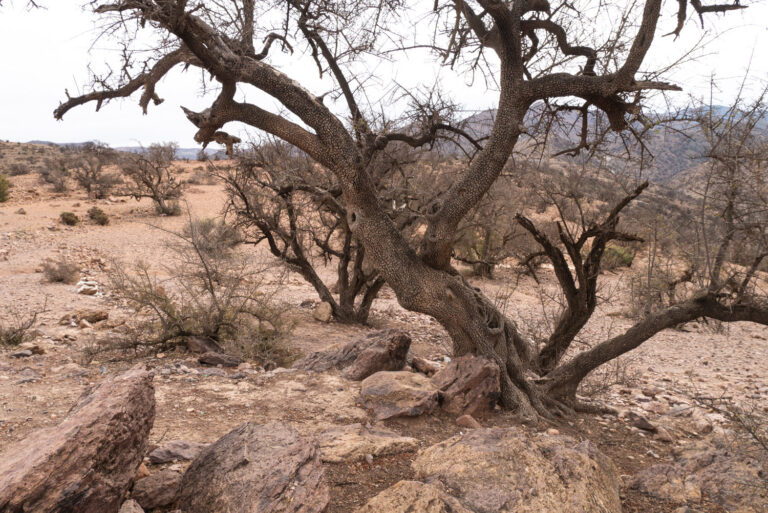 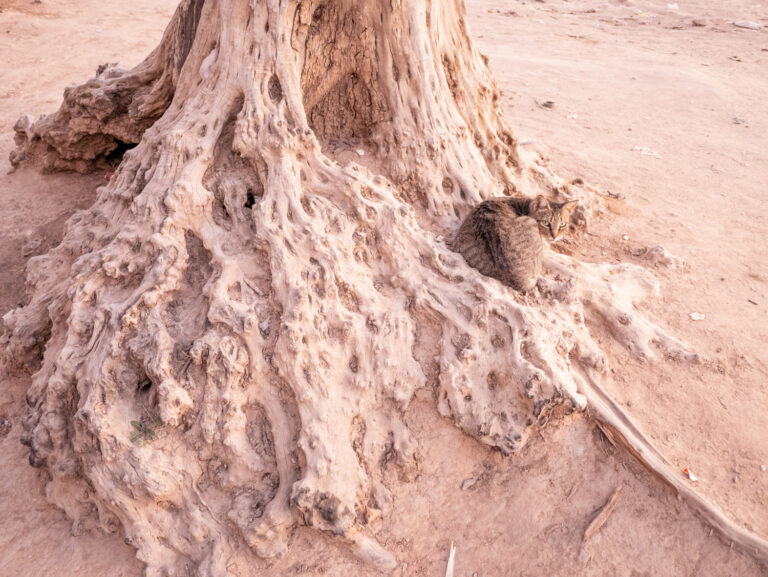 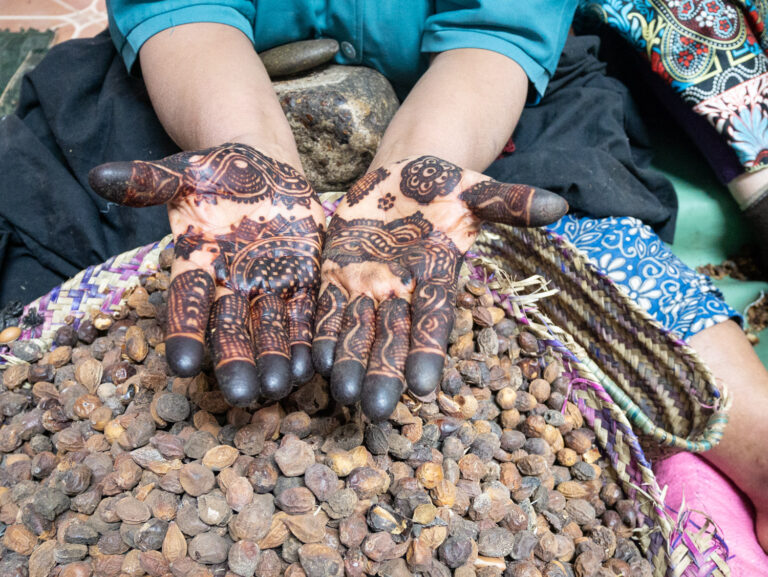 Argan Care is a not-for-profit organisation set up to protect and sustain the endangered Argan Forest, women empowerment and education.

You can support the argan forest by donating to Argan Care. 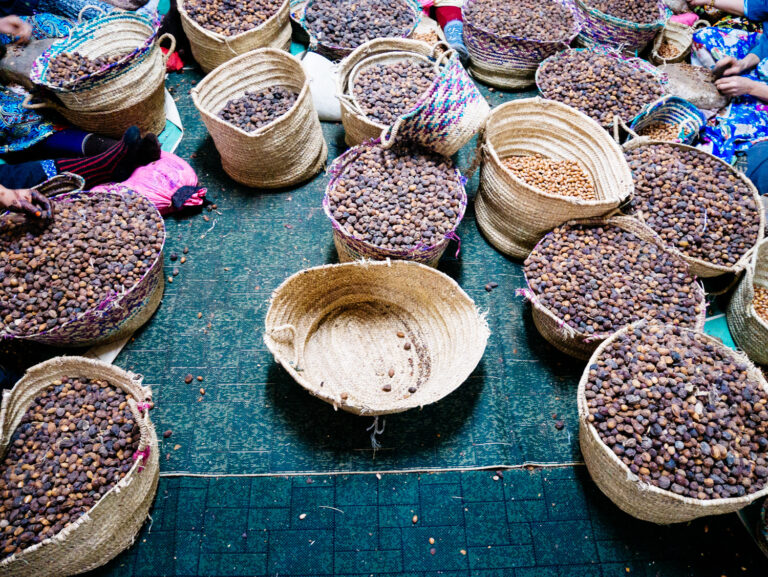